Last year we had the privilege of traveling to Cape Town, South Africa to visit family. It was one of the most incredible trips we’ve ever taken and we fell in love with SA! The entire week was packed full with adventures and family time, without a single mishap-until we were on the way to the airport to fly home. At the time the incident didn’t affect me too much, but the more I thought about it later, the more God used it to show me what it really means to love the hurting and the broken.

It was around 10:30 at night and we were on our way to the airport to fly home. Not long into the drive we began having car troubles. We pulled over once, I prayed over the engine, and we decided we should be able to make it to the airport where my brothers planned to trade out for a new car at the rental counter. We started driving again and made it to the freeway. A few exits away from the airport, the troubles started again. This time we weren’t able to keep driving since we were slowly losing speed and couldn’t accelerate more then 10-15 MPH. We pulled over on the side of the freeway with intentions of either flagging down help or calling a tow truck.

When we first traveled to SA, I was aware of some of the crime and other social/economic/political issues. In the few months that they’d lived there, my brothers had both been mugged a couple times. My mom has had a homeless man try to jump into her car at a stoplight. Poverty runs rampant. The divisions between upper and lower class are extreme. Sex trafficking is widespread. As in any large city (the US included), especially those still in the throes of racial and economic division, crime exists. This didn’t deter us at all from our trip, because we knew how to stay safe. If anything, seeing some of these issues firsthand only made me want to ask God “what can I do?” Before we left Cape Town, I was ready to move there and get involved in any and all ministries possible! (Which tends to be my reaction anytime I travel somewhere new…so no surprise there.) We were blessed though. The entire trip, we didn’t run into any problems.

On the last night, as we pulled over to the side of the freeway I noticed we were about 50 yards away from the fence that runs the length of the slums-separating it from the rest of the city. As our two young kids slept in the back, Mike and I got out with one of my brothers to check the engine again. It was pretty obvious that we weren’t going to be able to drive much further. Less then a minute later, someone came walking toward us from the direction of the fence asking if we needed help. David waved him off and let him know we were fine, but he insisted on coming over to “assist.” I could tell David was uncomfortable, and Mike was on high alert. A few minutes later a second man walked up. Mike told me to get in the car. As I waited in the car, I watched Mike and David try to decide if we should attempt to drive further or call a tow truck and risk waiting longer on the side of the road-while at the same time trying to wave off the two men that were still standing there. A few minutes later, my other brother said “its time to go.” I trust his instinct, so I opened the door and told Mike and David we needed to get going. They closed the hood and got in the van, David trying unsuccessfully to get the engine to turn over. I locked the doors as the two men began approaching opposite sides of the car. Shortly after that, a pickup truck pulled up a little ways behind us-lights out. A group of men jumped out of the truck and began approaching us. At this point, I could actually hear the fear in Chris’ voice as he told David “we have to go NOW”. Not being familiar with the area I didn’t know what to do-would they simply rob us? Should we just give them whatever we had and hope they would then leave us alone, or would it not end there? With my two young children in the backseat, and nothing to possibly use for self defense-I did the only thing I know to do. I prayed. I prayed hard. I calmly told my brothers we were going to be ok, and kept praying. At that moment the van finally miraculously started, just as one of the men who had originally walked up popped the lock on the back door where Mike was sitting. As David began to slowly pull away-honking his horn repeatedly to draw attention from other drivers on the freeway-I kept hitting the “lock” button as Mike physically held his door closed, with the man outside attempting to get in. I never stopped praying.

We still weren’t able to accelerate beyond 10 MPH, and I have no idea why the group of men didn’t try to run us down-the only explanation I have is that the hand of God protected us.

As we slowly made our way down the shoulder of the freeway, David continued to honk his horn and flash his lights hoping to attract help while Chris tried to call a tow truck. A few minutes later a vehicle pulled up behind us, bright lights blinding us. Instead of being relieved, we all asked the same question- “who is that?” As David continued to drive the rest of us tried to get a look at the vehicle. Finally I saw the emergency lights on the roof and “POLICE” printed on the side. But as David pulled over, even then I wasn’t sure. I asked, can we trust the police here or are they corrupt? Should we keep driving or get out and talk to them? The boys assured me that they would help us.

The police waited with us until the tow truck arrived, which turned out to be a small 4 door car driven by a man in pajamas. Again-I was not feeling very trusting.

I didn’t feel completely settled until we arrived at the airport and were checked in for our flight.

I wasn’t overcome by fear in the moment. I was alert, I caught myself wondering if there was a tire iron in the rental van and if I had to-would I have the guts to do whatever it took to protect my children. I prayed harder than I’ve ever prayed before. But it wasn’t until a few days after we arrived home that I really began processing that incident. And it was then that God showed me what it means to minister to and truly love the hurting and broken.

When the police and even the tow truck arrived, I didn’t trust them. After the experience we had just had, I wasn’t about to trust “just anybody.” I was cautious and hesitant. I knew they were supposed to be the “good guys”, but after what we’d just experienced I would rather have just kept driving and not relied on anyone else than take the risk of being threatened again.

As I processed this, God showed me that this is exactly what it means to love the hurting and broken. I have led a relatively blessed life. Two loving parents, never had to worry about abuse or whether we’d have a place to live or food to eat. I can’t always relate to those who have been severely abused, hurt by another human, broken, or abandoned. My heart goes out to them, but I don’t know what that experience feels like. I’ve often wrestled with why its so hard for some people to accept the love of Jesus, or the love of another Christian. Why do some of my own congregants even seem unwilling to trust me at times? Why do they hesitate to open up, to share, to let love in? Don’t they know how GOOD Jesus is? Don’t they know that he will redeem and transform every part of their lives?

And then I had this experience in Cape Town. And God showed me that when someone has been hurt, broken, abused, abandoned, and forced to live in fear-it takes time to build trust. I was only in a place of feeling threatened for a few moments, and yet even that short experience made me instantly put up walls of distrust and doubt. What would it be like to have lived an entire life of hurt? How much mistrust and doubt of others might exist when someone had spent years feeling threatened?

This isn’t to say that God’s love can’t break through barriers instantly and do a miraculous healing work, but that’s HIS job. Ours is to show patient and consistent love to those who need it most. It is not my job to question their mistrust or doubt, or to write them off when their journey of healing takes longer than I think it should. I’ve caught myself thinking before “why won’t this person just let me in, I’m one of the GOOD GUYS!” But when you have been hurt, you don’t know who to trust. Even the “good guys” can seem threatening.

As God spoke to my heart through this experience, I was deeply convicted of how much I’d been relating to others through MY own life experience without truly considering what it would be like to be in their shoes. To not know if they really could trust Jesus with their hurt and brokenness. Through this experience God showed me what it looks like to love the hurting- it looks like the patient love of Jesus. No expectations. No forceful tactics. Just patient, consistent love. Even when they push away, or put up walls, or reject our love. Its not personal-its the result of the pain that has been caused by others. And only Jesus can heal that. Only Jesus can prove his faithfulness. Only Jesus can heal and restore and build hope and trust into their hearts again. Our role is to be a picture of Jesus. To demonstrate love and grace and patience…

And to NEVER forget our own “before Jesus” stories.
To never forget what it feels like to be lost.
To be broken.
To be hurting.
To feel abandoned.
To be in pain.
To doubt.
To fear.
To not know who the “good guys” really are, and to not be sure if we can really trust them.

We can’t be Jesus, and we aren’t meant to be. But we can point others to him through our reflection of his gentle, loving, kind, consistent, prayerful, faithful, and patient heart.

I love connecting with people. I love sharing stories and sharing struggles. I love seeing my people live into the fullness of all God intended for us. I’d love to connect with you!

Each week I email out a quick note to my tribe. Its the things I’d share with you if you could sit at my table, and we could look each other in the eyes, and chat about all the things. Reflection, challenge, and inspiration-designed to equip and empower. We’d love to have you join us. So pull up a seat at the table, and click here to sign up: 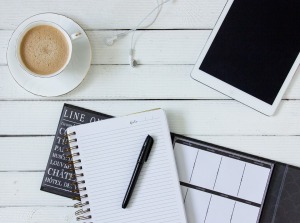